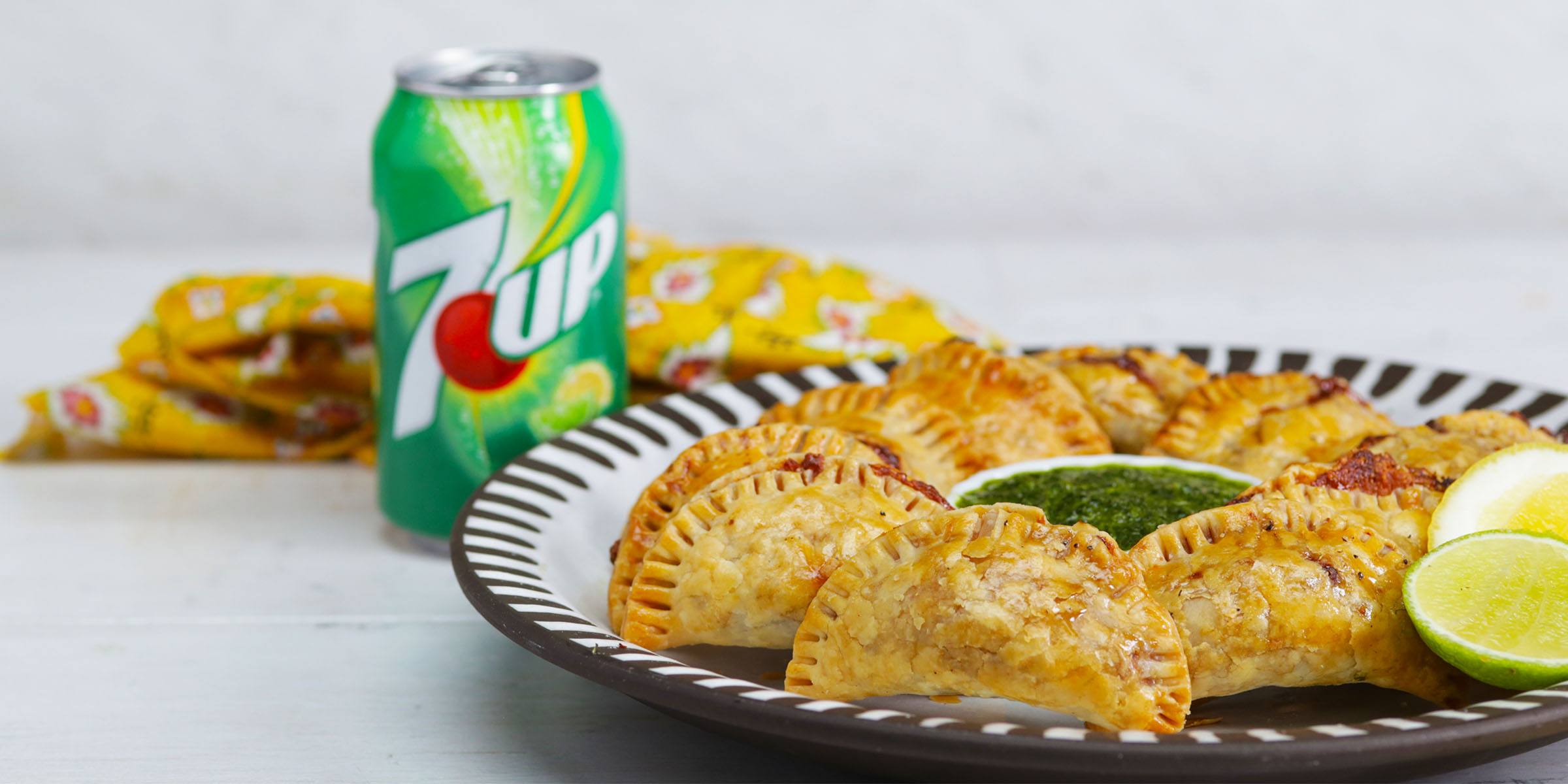 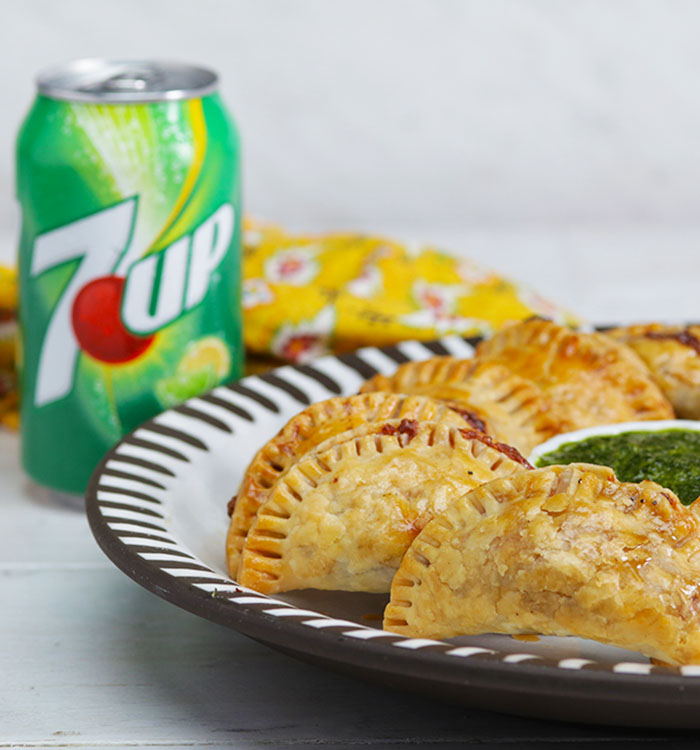 Whip up Sweet and Savory Braised Chicken Empanadas with Jalapeño Cilantro Dip, made with 7UP®, today. It's a dish packed with flavor.

Empanadas are made by wrapping dough around a filling – like meats, cheeses, vegetables, or other seasoned ingredients – then baking or frying them. Serve these sweet and savory chicken empanadas as an appetizer when you have a large group, as a side or a snack, or even as a main dish. Using 7UP in the marinade adds to the flavor and tenderness of the chicken. And the use of pie crust for the wrapper makes them easier to make and just as delicious to eat. Don’t forget the Jalapeño Cilantro Dip recipe. It’s a sweet-tangy kick that adds a great layer to the empanadas.

The Jalapeño Cilantro Dip is a version of the traditional chimichurri sauce, which originated in South America. The sauce has become popular all around the world and has seen even more variations. If you feel like exploring the world of chimichurri, try adding these elements: fresh oregano (prevalent in Argentine chimichurri, it adds a fresh herb element), kale (for added greens and goodness), or roasted jalapeño (roast before blending to bring out different flavors).

Try these other Dinner Party recipes

The 7UP Digital Bartender is only available on mobile devices. Visit 7UP.com on your phone to try it out!

Return to the homepage.

What year were you born?

Sorry, it doesn't look like you're old enough. There was an error submitting your form. Make sure that you have entered a valid date.